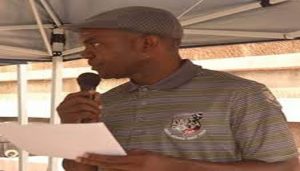 Emeka Okatta, the President of West Africa Golf Tour (WAGT), on Thursday in Abuja said his goal was to ensure the WAGT became the sixth best tour in the world.

The News Agency of Nigeria (NAN) reports that the WAGT is devoted to developing the game of golf in Nigeria as well as in the African region.

The WAGT which started with its inaugural tournament in February, 2016 at the IBB International Golf and Country Club has so far organised 11 tournaments across the country.

Okatta told NAN the tour was gradually becoming a household name in the continent as well as in the world.

“It’s been a steady growth and progress for the tour. When we started we had only Nigerian players and a few Ghanian and Cameroonian players participating.

“But today, we have about 11 Cameroonian players on the tour and no less than five Ghanaians.

“We also recorded more countries participating in our last tournament, which was the Nigeria Masters in Abuja.

“There has indeed been a tremendous growth as players from countries like Zambia, Zimbabwe, Senegal, as well as Trinidad and Tobago have all come to embrace the tour,” he said.

Okatta said the tour would soon be rated as one of the best in the world alongside the likes of the USPGA, and the European, Japanese, Asian and Sunshine Tours.

“We have these as the top five tours in the world. So, hopefully we can sustain the WAGT and we probably will be there in no distant time from now.

“So, we are right now at the developmental level, training our pros and building their confidence for the future,” he said.

The tour president noted that the key to the growth of the WAGT was the attractive prize money as well as the good publicity the tour was enjoying. 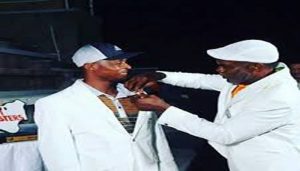 “What attracts players to any event is the prize money. So, if you have the money, the players will come.

“Also, one of the biggest mileage for us was Supersports partnering with us to beam the tournament to the world and we are very grateful to them,” he said.

Okatta added that with the continued support of the media and other relevant stakeholders golf would continue to grow in the country and in the continent just like football.

“We are now ahead of every other country in the continent, except South Africa, and slightly behind Kenya.

“Everybody now flies into this country just to be part of this tour and that is a good thing,”he said.(NAN)

FG assures of jobs for Nigeria